With more than 150 exhibitors, 8,000 visitors and good weather, Potato Demonstration Day was a successful inspiring day.

After a strong opening by CDA MEP Annie Schreijer-Pierik who indicated that Dutch politics should not put the potato sector on sale, the day started.

The theme 'connecting strong links' came back in many places. Firstly, in the Holland Process Pavilion, where six companies worked together to run a complete potato packaging line. The final product, a bag of Celines, could be taken as a thank you. In the Young Farmers program several (future) knowledge partners were linked to young farmers. The attendance was higher than expected and afterwards many enthusiastic reactions were heard from the young farmers and the speakers. Exhibitors also sought the connection with each other by presenting themselves together on the day.

The fact that Potato Demonstration Day is all about 'meeting' was again shown by the high number of visitors. The entire potato chain comes to the exhibition in Westmaas. There is also an increasing number of visitors from Belgium, Germany and England.

In addition to the aforementioned components, a large part of the exhibition grounds consisted of mechanization park and the demonstrations. Four brands of harvesters pulled the early-grown Carlita's neatly out of the ground. After this they were immediately loaded onto the unloading lines in the yard behind the exhibition halls. Potato Demonstration Day offered something for everyone in the sector. The organization looks forward to organizing the twelfth edition of the event in 2020. 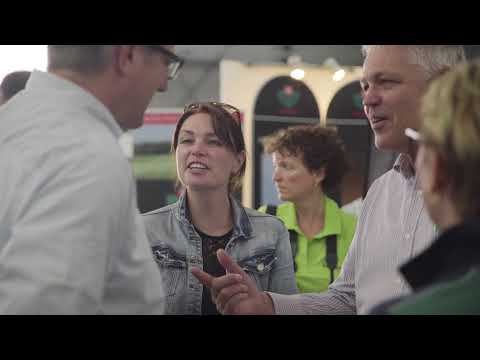